I’ve never been an avid user of GNU Screen despite a number of people giving it rave reviews. I never needed to resume remote sessions and the window management stuff seemed pointless (“Why not just open a new tab in gnome-terminal?!”).

However, today I discovered that newer versions of Screen are capable of splitting the terminal window horizontally and vertically. A light bulb came on, and after a bit of experimentation I wound up with something that looks like this: 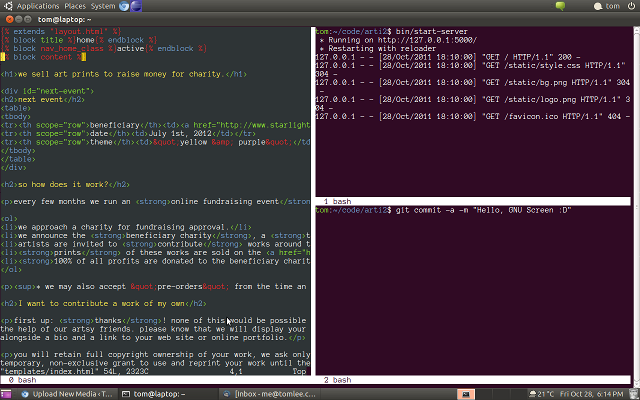 One window for editing, one for server output, one for shell commands and git. I’d normally use different tabs for this stuff, and now here it is — all in front of me. This is more like it! Something I’ll actually use.

Since it took a little digging to track down the relevant documentation, I thought it might be worth documenting how I got my screen session to this point:

This should present you with the command prompt (you may get a message regarding GNU Screen licensing — simply hit “return” to skip this). 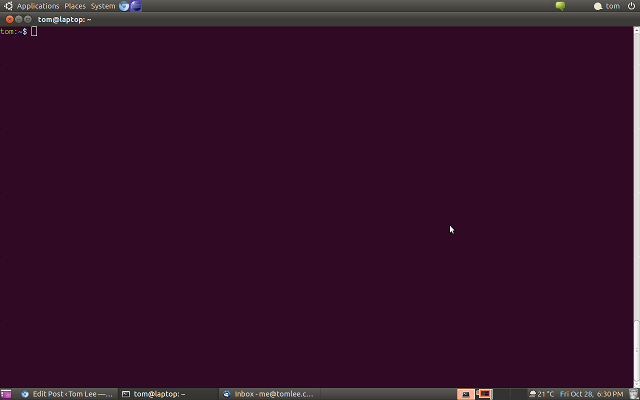 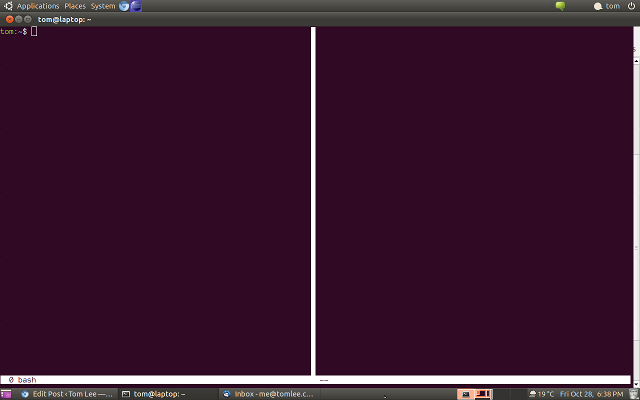 You can use CTRL-a TAB to switch between the panes. Note the blank pane doesn’t do anything useful yet.

3. Start a command prompt in the blank pane

Press CTRL-a TAB until you’re in the new, blank pane, then press CTRL-a c to create a new window with a command prompt in this pane. 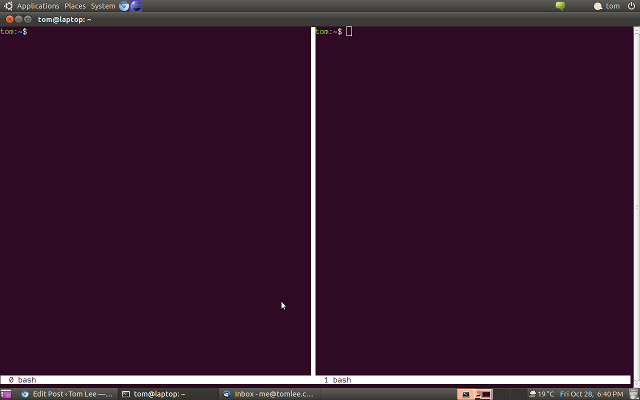 Ensure the right pane has focus (press CTRL-a TAB until the cursor is in the blank pane), then press CTRL-a SHIFT-s (CTRL-a S) to split the pane horizontally. 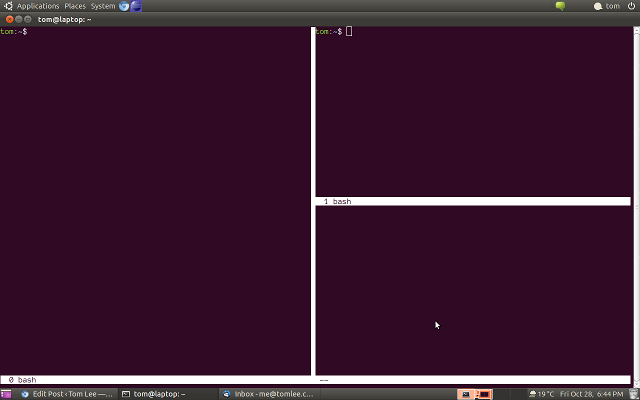 Again, the new pane is blank and seemingly unresponsive.

5. Switch to the lower right pane and create a new session

Use CTRL-a TAB to move focus to the lower right pane we just created, then CTRL-a c to spin up a new shell prompt. 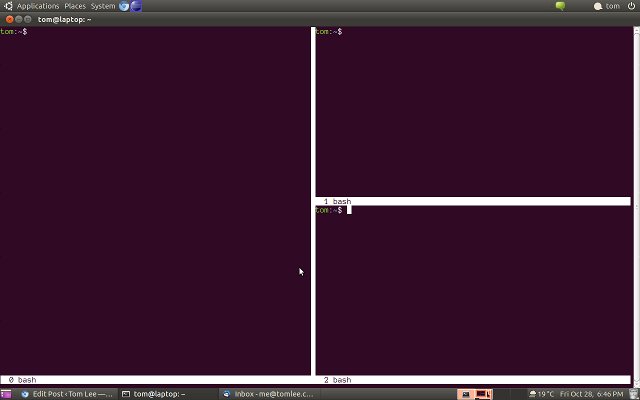 6. Use CTRL-a TAB to move between the panes and start coding! 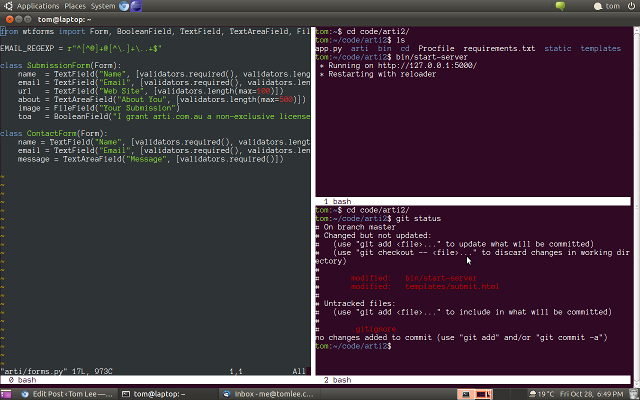 If you’re interested in learning more about GNU Screen you can check out the official manpage. It’s a pretty substantial document and some people prefer physical references, so you might also take a look at GNU Screen: The virtual terminal manager which is essentially a printed copy of an older version of the manpage.

The book is certainly a little dated (for example, I don’t believe it covers screen splitting since the feature is relatively new) but fortunately Screen hasn’t changed a ton over the years and folks new to Screen it’s still a useful reference.